It's always a funny, surreal feeling everytime I prepare to leave a job. Perhaps even more so now. This has been my longest job, and I have forged some strong friendships in my department. It is very rare where I can work somewhere where I actually like and get along well with almost everyone.

The secretaries have been wonderful, my colleagues have been helpful, and my boss is really quite awesome. The office location has been superb as well, nothing like a 5 minute jaunt to Centrepoint or the board game shop when I just need to de-stress a bit (or to grab a drink).

I don't deal with goodbyes well, and I will probably miss this bunch of madcap colleagues. I suppose it was always inevitable that I would move on (money, prospects, all that jazz), it never really hit me till this week, knowing that after next week, I wouldn't get to banter with the secretaries in Mandarin anymore, or have a boardgame session with some of my colleagues during lunch, etc etc.

So long... and thanks for the memories.

So it feels a bit strange to be back in the office after being away for 3 weeks, some of that time being spent in Korat, Thailand.

In all honesty, I had no idea what to expect going to Korat as part of my reservist training. All I really knew beforehand was that I was there as part of Exercise Cope Tiger. This is a joint military exercise between the USAF, RTAF and RSAF, which includes some humanitarian missions. As a medic in my NS days, I was there as part of the medical team providing some basic healthcare services to some of the villagers, and we were stationed in 2 schools over the course of 3 days.

Korat, for the most part, far exceeded my expectations. It is much cleaner than Bangkok, and the streets don't have that lingering sewer smell that seems to permeate major cities like KL and Bangkok. Things are relatively cheap, and people are generally friendly. There is a pretty big mall (unimaginatively called "The Mall") and I was put up at a really nice hotel called V One, which made the stay there that much bearable too.

It was really nice going to the schools to do my bit, even if it was a very small part; though I could see that it meant a lot to the kids and villagers who came to see us for medical care. It was quite an eye opener to see how we take so many things for granted, like basic toilet facilities, and simple medicine like paracetamol and cough syrup. That said, I wouldn't say that they are "worse off" from city folks in developed countries. In fact, they seem much happier and the children seemed much more carefree and innocent, without being tied down by modern fetters like tuition and computers. Nevertheless, I was more than happy to come out of my own pocket to buy some bags of sweets to hand out to the kids, who snatched them all too happily!

It wasn't all work though, we had our fair share of play, thanks to a very nice regular warrant officer who was our unofficial chaperon. There was some nice food to be had, and I managed to do a wee bit of shopping at The Mall and some night markets, so all in all it was a nice break from work.

Ugh back to reality!

Why are people so slow at ATM machines? Am I'm not talking about the idiots who use it for fund transfers (Hello, it's the internet age people).

I'm talking about the sloths who are just drawing money. Why does it take people anywhere from 1-10 minutes just to withdraw cash? I'm usually in and out in 45 seconds or less, so what's the hold up?

A virus??? On a Mac??? You mean those stupid ads featuring Mac and PC were WRONG???

Repent now, the end of the world is truly near! A virus on a Mac!!!

It's the apocalypse as we know it. Judgment day. Ragnarok. Doomsday. Armageddon. I'm actually posting something to LJ.

You know me, never one to pass up the opportunity to put one over the blindfuck idiots who jump onto the macfad bandwagon.

It's funny to see that the only way the macnuts are ever going to get the feeling that they're "superior" to Windows users is to commit such childish acts.

Go Steve! I'm cheering you and your 2% worldwide personal computing share on!

Went to Penang recently, first trip out with a DSLR. Took about 300+ shots, culled about 13 that I figured were "acceptable". Thank god for digital! 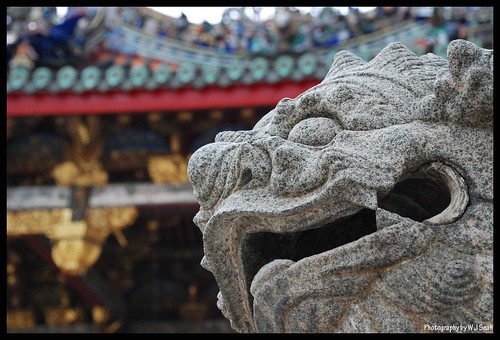 Rest of the images I tagged "Penang" at my Flickr

Finally got off my lazy butt and put up the wall decals in the study. The aliens have landed!!!

When you're not in a very good mood, the last thing you want to see is yet another stupid article in the Shits Times spewing nonsense about homosexuality AGAIN.

What's with the recent spate of people suddenly so up in arms after a remark by the Divine Emperor about the possibility of repealing s377A of the Penal Code?

But today's article by a Yvonne Lee really, REALLY takes the cake.

Let's get this straight (pun intended), I'm as hetero as someone could possibly be. I still cringe when I see gay intimacy on Six Feet Under. But I do not think it is wrong, or against nature, or whatever. It is a lifestyle choice, and it harms no one, no matter what the bible thumping masses might say. To even debate on whether it should be criminalised or not should have been a no-brainer in a civilized country. But I forget. I live in Singapore.

Let's have a look a at few choice quotes from this stupid idiot who's apparently a law professor. Well thank god I didn't get my law degree from NUS then.

It is a known medical fact that homosexual intercourse or sodomy is an inherently unhealthy act that carries higher risks of a number of sexually transmitted infections.

OMG like hetero sex is any cleaner? When's the last time this woman ever saw dick or touched her own pussy? Here's a clue lady, THEY'RE ALL DIRTY. You get aids, gonorrhea, herpes, crabs, syphilis and all sorts of other shit (again, pun intended) through hetero sex too you know? Just because you don't like dick up your ass doesn't mean it's any dirtier than hetero sex.

People who oppose the homosexual agenda are branded as intolerant, bigoted, homophobes, or hateful towards homosexuals who are merely 'different'.

Do you know why? It's BECAUSE THERE'S NOTHING FUCKING WRONG WITH BEING A HOMOSEXUAL YOU STUPID COW! SO ANYBODY WHO IS OPPOSING A HOMOSEXUAL LIFESTYLE IS AUTOMATICALLY A FUCKING IDIOT WHO IS OPEN TO RIDICULE BY ALL AND SUNDRY!

The final step involves attempts to redefine 'marriage', the fundamental institution and bedrock of many civilisations. The redefinition is a radical reconstruction of 'marriage' - no longer a union between man and woman but includes 'same-sex marriage'. Homosexuals must then be allowed to marry someone of the same sex and be given the benefits of marriage such as tax benefits, adoption of children and/or state-funded access to alternative 'reproduction' methods.

Who wrote the fucking book on marriage saying that it should be between a man and a woman? The fucking Bible innit? Well fuck that shit ok? It's 2007, it's really about time people stopped referring to a fucking 2000 year old book.

It has been suggested that even after adultery was decriminalised, it remained morally reprehensible. So too, decriminalising homosexual sex will not cause a shift in moral attitudes.

How is adultery even like homosexuality? That's like comparing grapes to shoes. Seriously woman, it's probably a GOOD THING you're not a practicing litigation lawyer, otherwise everytime someone got you as an opponent they'd be jumping for joy shouting "I'M SO GONNA PWN HER!". You lose at being a lawyer really.

Homosexuality is offensive to the majority of citizens. Allowing an aggressive homosexual rights agenda to dictate law reform ignores the nature of Singapore's multireligious, multiracial community. Such an agenda would be divisive.

What? This really is the opus magnmum of her imbecility. What you really mean, I think, is that homosexuality is OFFENSIVE TO INTOLERANT, STUPID, IDIOTIC, MYSOGINISTIC, MYOPIC, RETARDED, BIBLE-THUMPING CRACKPOTS LIKE YOU. Stop using words like "majority" if you don't have numbers to back it up with. Why don't you go out on the streets and take a fucking straw poll?

Seriously. This stupid woman's article is so offensive on so many levels it actually lowers my IQ to have to read it and struggle to respond to it because it actually meant that I had to lower myself to her level.
Collapse